Our air in California is the worst in the United States, because of the amounts of our smog levels, ground ozone levels (the combination of the two chemicals, nitrogen oxide and  volatile organic compounds), particle pollution (which is a mixture of solids and liquid droplets floating in the air), and green house gas emissions (Any of the atmospheric gases that contribute to the greenhouse effect by absorbing infrared radiation produced by solar warming of the Earth’s surface. They include carbon dioxide (CO2), methane (CH4), nitrous oxide (NO2), and water vapor.)

These levels are so high because the car exhaust from our congested freeways and roads, the smog is then intensified by the sunlight and the heat especially during the summer.  Our neighboring county, Los Angeles, has the worst air quality in the United States and when San Diego was tested we earned a F in air quality levels. Our particle pollution levels were at a 10.6 and our particle pollution days are at 3.5. Our unhealthy ozone days are at 28. 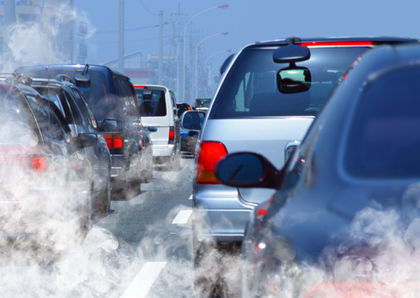 Now a days, there are so many public transportations available to use such as:

So, if you are like me and want to make a difference in you community join me in using public transportation instead of personal vehicles for the next 30 days like they did in Memphis, with the 30 day public transit challenge. You will not only help the planet, but you will save money too.

How and Why I’m Going to Start an Environmentalist Club

Posted On July 17, 2018 ~ 0 Comments
My name is Sasha Coke, and within my time at Hawai’i Outdoors Institute, I have sincerely come to appreciate the environment and the importance of…

Posted On July 14, 2017 ~ 0 Comments
Despite a growing green movement and new strict laws put in place aimed at improving air quality, sixty percent of Americans live in areas with…

Posted On July 18, 2018 ~ 0 Comments
NYC’s Trash Trouble Michaela Harris Hello, I’m Michaela Harris and in my blog, I will address New York City’s  “Trashtastrophe.” Ever since the Dutch settled…