When visiting the Oregon coast during the Fourth of July years ago, I recall my astoundment when faced with the sheer amount of litter strewn across the coastal cite for the firework show I was viewing. This area, which I have visited many times following this initial trip, is one of the many beaches affected by the large area of floating trash termed the Great Pacific Garbage Patch. Living in Portland, Ore, I’ve had a fair amount of first hand experience with litter in urban environments, but as my first contact with a large amount of trash impacting a more rural setting, this event lingers in my memory as anecdotal evidence of the harm we have caused to our environment. 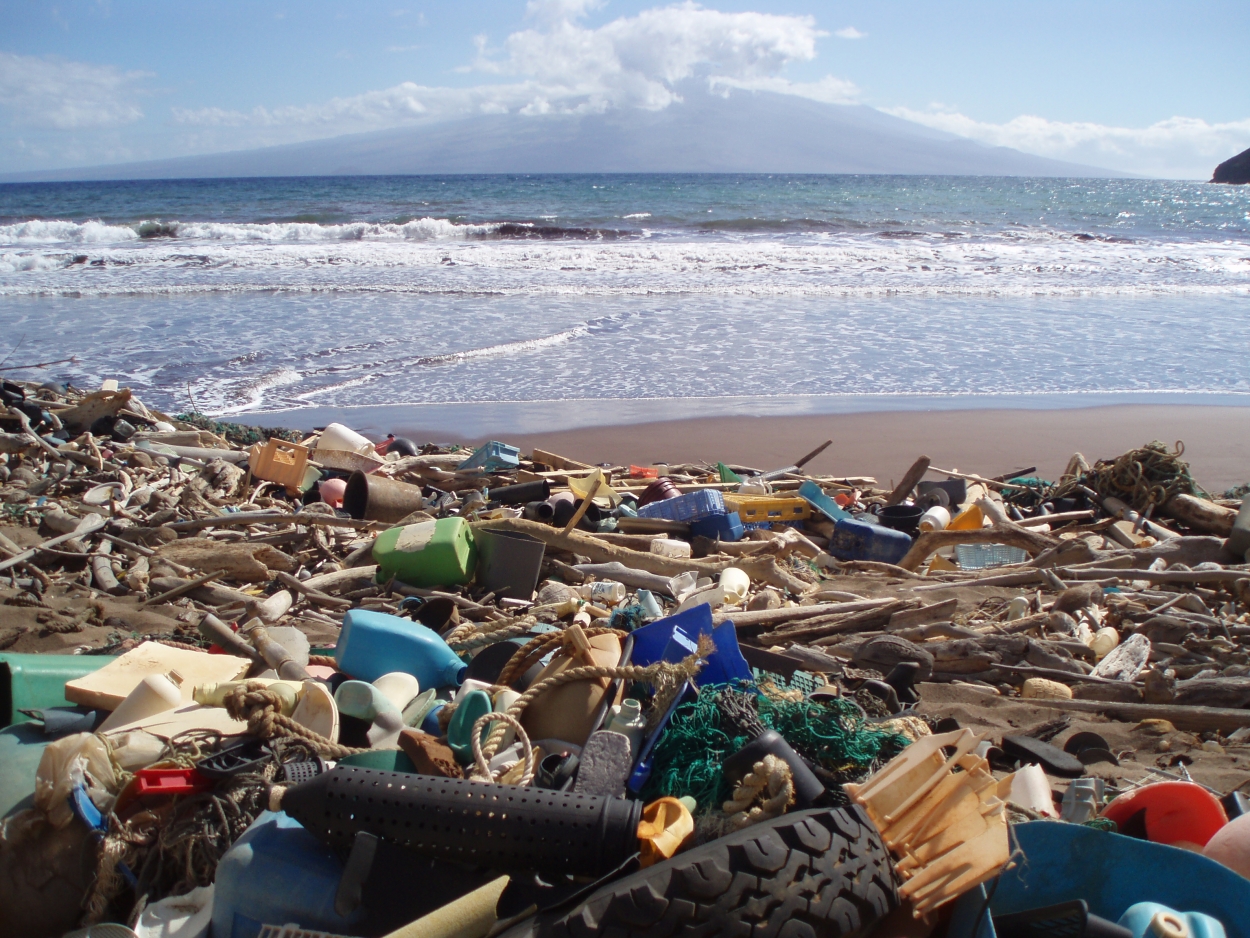 During my visit with the HOI group this summer, first hand experience with dangerous plastics and microplastics again impressed upon me the severity of the situation. Although many fail to consider or take responsibility for the environmental consequences of their personal litter, the ecological damage resulting from the multitude of discarded single use plastics and other non-degradable materials currently threatens our critical ecosystem. Notably, the 5.25 trillion pieces of trash currently floating in our bodies of water provide a hazard to marine and terrestrial life alike. During a beach cleanup with HOI, our environmental group cleaned up and sorted various materials which washed onto Kamilo beach, a beach located on the southwest coast of Hawaii which collects trash carried by ocean currents from across the world. And although this trash deposit contained an astounding amount of plastic and other materials – far too much for our group of 11 to pick up – the area presents just a tiny fraction of the waste still clogging our global ocean.

Marine debris, whose primary contributor is litter in urban or beach areas, harms approximately 100,000 animals of various marine species every year, as well as causing critical damage to coral reefs and other underwater structures. Often, debris such as derelict ropes or nets entangle wildlife, resulting in suffocation, starvation, and in some cases death. Additionally, ingestion of floating trash commonly occurs in species who mistake synthetic materials for natural food sources such as fish eggs or other marine animals. As well as environmental damage, marine debris results in significant economic loss as a result of decreased tourism in affected areas paired with costs necessary to clean debris. Clearly, the egocentric western mentality that the environment exists to serve our species, as the environment is currently in crisis.

Currently, as our environment continues to degrade as a result of human interference, many global efforts attempt to improve our environmental quality. Non-profit organizations, such as the Hawaii Wildlife Fund that we partnered with for our beach cleanup, help to mitigate marine trash through work with volunteers, petitioning, and other means. Additionally, governmental programs, such as my local Oregon Marine Debris Action Plan, attempt to preserve our bodies of water through education and funding of environmental programs. These organizations, although undoubtedly contributing to less marine debris, should be supplemented with a widespread attempt to reduce use of plastics and marine litter. A concerted effort by a large number of individuals to mitigate everyday practices which result in marine debris could greatly cut down on the negative impacts we have caused.

Although individual steps to reduce waste may seem futile when faced with the vast nature of the current environmental issues, a small contribution from a large amount of people is the first step to the global effort needed to mitigate ocean waste. Personally, I aim to adopt a variety of practices which, although small, will contribute to a better environment. Firstly, I hope to adopt the policy in my household of cutting loop-shaped trash items before discarding of them, as these forms of debris have potential to suffocate or entangle marine species.

Secondly, I wish to recycle as much as possible, a movement which aligns with the environmental efforts of my city. As Portland Oregon collects trash half as often as recycling and contains a fairly environmental populace, it is, in many ways, easier to lead a more ecologically-sustainable lifestyle. Finally, I wish to reduce my plastic use by bringing personal paper or cloth shopping bags to grocery stores, not using plastic straws, and not buying bottled water.

In an attempt to better our environment, I would hope that everyone reading this will do the same.