The trash can is not the end

Being sustainable is becoming increasingly trendy, and it couldn’t come soon enough. The plastic we just throw away is being swept away by ocean currents, landing in swirling vortexes called ocean gyres. The North Pacific Gyre is home to the Great Pacific Garbage Patch, a giant portion of the ocean covered in garbage close to Hawaii and the western part of the United States that is larger than the state of Texas. This patch is only one of five gyres where garbage collects due to currents. 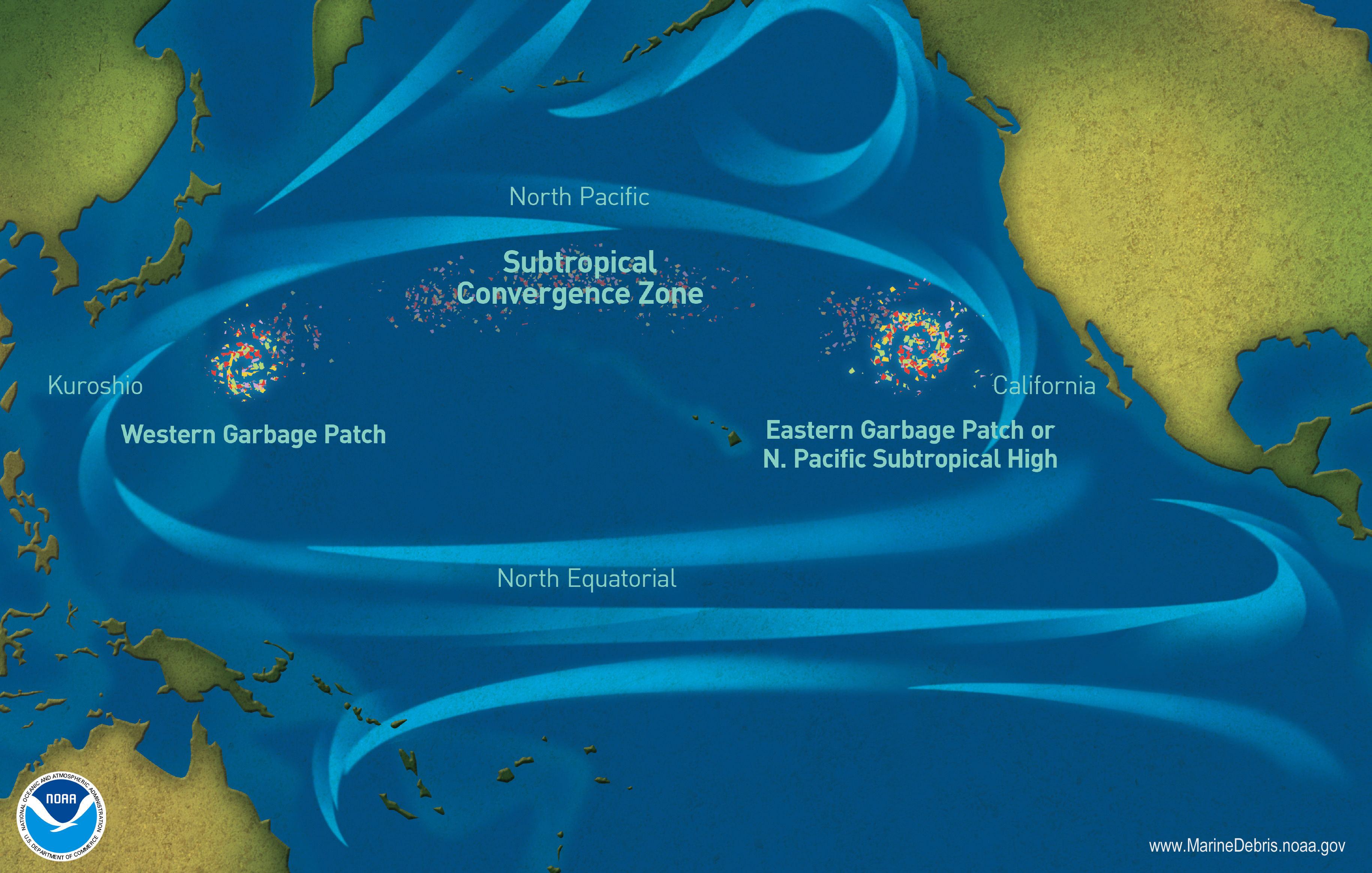 I saw the damaging effects that plastic usage can have on our world first hand when in July of 2014 I went on a beach clean up with the Hawaii Wildlife Fund. With 45 people working diligently for over an hour and a half, we gathered nearly 500 lbs of rope and netting with many bags filled with plastic trash. Even with the amount of plastic and trash we gathered, it was only a small portion of the beach and an even smaller portion of the world.

A beach cleanup with the Hawaii Wildlife Fund

Plastic is a big issue for the environment, it is thought that there are 46,000 pieces of plastic in every square mile of ocean and known that each year one million sea birds die from plastic. While other things humans use such as wood and metal decompose through biodegradation, plastic photodegrades, meaning plastic breaks down into smaller pieces, but does not ever truly disappear. Plastic, like diamonds, seem to be forever. Through the process of photodegradation, the plastic releases toxic chemicals such as bisophenol A (BPA) and PS oligomer. There is hope though, biodegradable plastics are starting to be used more. These are made out of polylactic acid and will decompose into water and carbon dioxide in 47-90 days, four times faster than a PET, polyethlyene terephthalate, based plastic in the ocean. Plastic is just one of the issues the environment is facing, people everyday are being unsustainable when they send their food scraps to the landfill.

The average family throws away $2275 worth of food. A reason we find ourselves with soil that needs nutrients is because we just send away our compostable items. 40% of food is never eaten, but not composted either. In Marin County, where I live, people are starting to understand the necessity for composting. Mill Valley Refuse now has an option for people to use their green bins for plant matter as well as food scraps and food soiled paper that is then turned into compost.

This compost can be bought and used for a home garden thus closing the recycling loop and becoming sustainable. This is a great option for people who are not able to live on a farm such as those at HIP Agriculture, a farm we visited here in Hawaii. While not everyone can live on a farm, many people are still able to have home gardens or even window boxes with edible plants. If everyone grew a small amount of food and composted, it would save energy used in the growth and transportation of the food and reduce the 31% or $165 billion a year worth of food that is not consumed.

What happens to our trash matters, not only for our oceans, but for the health of the entire globe. There is no true “away” for our waste to go. Next time you go to buy that disposable water bottle or throw away your leftovers, think of the oceans and of the future of our planet.

This was written by Sarah N from the Ahupuaʻa Environmental Science course in 2014. Sarah is a student and lives in San Anselmo, CA with her family.

Posted On July 14, 2017 ~ 0 Comments
In California we have plenty of wildfires. These several fires destroy homes, kill native plants, and hurt many people. My name is Jessica and I am…

Paradise to many-but an ongoing extinction crisis to many birds

Posted On July 14, 2017 ~ 0 Comments
Despite a growing green movement and new strict laws put in place aimed at improving air quality, sixty percent of Americans live in areas with…